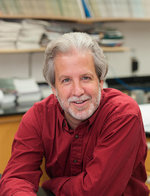 Dr. Winsler is an applied developmental psychologist with interests in children's transition to school, the development of self-regulation, private speech, Vygotskian sociocultural theory and bilingualism and early schooling for English-Language Learners (ELLs). His current research explores childcare, school readiness, and school trajectories among ethnically and linguistically diverse, immigrant, low-income, urban preschoolers using data from the large-scale (n > 30,000) longitudinal Miami School Readiness Project; Private speech and self-regulation in typical children and those with ADHD or autistic spectrum disorders; Music/dance and self-regulation; and self-regulated learning and motivation among college students. Dr. Winsler is author of more than 100 journal articles and book chapters and has two books. His most recent book, Private speech, executive functioning, and the development of verbal self-regulation was published by Cambridge University Press in 2009. He has received over $2 million of research funding for his work. Dr. Winsler also served as editor of the journal, Early Childhood Research Quarterly. 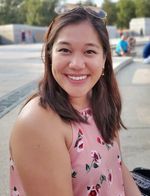 Alenamie is a fourth-year PhD student in the Applied Developmental Psychology program. She graduated from George Mason University in 2016 with a B.S. in Psychology and concentration in Applied Developmental Psychology. Prior to starting the PhD Program, she worked as a research specialist for the University of Virginia Curry School of Education. She conducted child and classroom assessments at the pre-K and kindergarten level for a longitudinal study exploring long-term effects of pre-K programs. Her current research focuses on predictors and outcomes of in-school arts enrollment among low-SES, ethnically diverse students with primary interest in the unique differences between music classes (Band, Chorus, Guitar, Orchestra, Keyboard).

Juliet is a first-year MA student in Dr. Winsler’s lab. She graduated from Clemson University in 2016 with a Bachelor of Science in Economics and a minor in Psychology. Before starting her graduate studies at GMU, Juliet provided ABA therapy services to children with developmental disabilities and taught English as a Second Language to children, adolescents, and adults. Her current research interests include self-regulation as it relates to children with developmental disabilities and the role of parents, caregivers, and teachers in social-emotional development. John is a first-year Master’s student in George Mason’s Applied Developmental Psychology Program. He graduated from George Mason University in 2021 with a BIS degree in Sport and Performance Psychology. John will be working with Dr. Adam Winsler’s Research Team. Along with pursuing his Masters, John coaches youth travel soccer and plans to use this graduate degree to marry his passion for psychology and sports performance. Ultimately, he endeavors to train athletes to perform at the professional level through the application of psychology. Heather is a first-year Master's student in the ADP program working in Dr. Winsler's Lab. This past spring, she graduated with a B.A. in Psychology, minoring in TESOL (Teaching English to Speakers of Other Languages) from James Madison University. While at James Madison University, Heather worked in a wide array of education practicum settings, ranging from kindergarten students to adult English language learners, which helped to develop her French language knowledge. Most recently, she taught kindergarten students in Harrisonburg, Virginia during her undergraduate education. However, as a Marching Royal Dukes alumnus and having a varied music ensemble background, Heather is most interested in researching the effects of music, specifically in a marching band environment. She is also interested in research topics involving bilingualism and self-regulation. Alison is a second-year Ph.D. student in Dr. Winsler's lab. She graduated from Virginia Tech with a B.S. in Psychology in 2009 and received her M.A. in Social Sciences from The University of Chicago in 2016. Most recently, she worked as a research associate at UChicago's TMW Center for Early Learning + Public Health. She was drawn to the center's mission to enact change in the lives of underserved children through innovative parent-directed programs. During her tenure at the center, she oversaw the research and development of a survey tool to assess caregivers' knowledge of children's cognitive development and contributed to three longitudinal intervention studies. Her current research interests include understanding early childhood experiences associated with long-term cognitive, language and social outcomes, and later academic achievements. Ulda is a junior currently majoring in Psychology B.A. with concentrations in both clinical and developmental psychology. After undergrad, she plans on gathering more research experience and then applying to a master’s or PhD program. She is currently in her second semester of the Psychology honor’s program developing her thesis on the immigrant advantage and immigrant paradox within Latinx immigrant children. Gabby is a second-year Master’s student in the ADP program working in Dr. Winsler’s lab. She graduated from Virginia Commonwealth University in 2019 with a B.S. in Psychology and a B.S. in Biology. With a Spanish minor and a strong background in education, Gabby is interested in addressing the question of bilingualism in schools and the language acquisition process for ELL students. She is also interested in the related issues that affect bilingualism and ELL students, including socioeconomic background and social biases. Ultimately, Gabby hopes to pursue a Ph.D. in a related ADP field and potentially work to develop strategies that address the achievement gap many ELL students face. Victor is a second-year Ph.D. student in Dr. Winsler’s lab. He graduated from Hunter College, CUNY, in 2019 with a B.A. in Psychology. Before coming to George Mason, Victor was at the New York Academy of Medicine, working on the East Harlem Action Collaborative for Child Health and Well-being (EHAC). As part of EHAC, he aided in using the voices of residents to redefine child-wellbeing. He also compiled measures to assess the residents’ definition of child well-being. Victor’s current research interests lie in understanding the impact of neighborhood factors on academic achievement and language development. 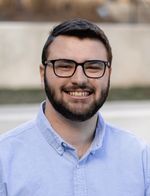 Tevis is a third-year doctoral student in George Mason’s Applied Developmental Psychology Program. He graduated with honors from the University of Central Florida in 2019 with a Bachelor of Science in Psychology. Tevis will be working in Dr. Adam Winsler’s lab, as well as the Mason Arts Research Center (MasonARC), during his time at GMU. Tevis’ research interests focus on student persistence within in-school music electives, examining the role of school transition and musical instrument choice during this process. Christina is a third-year undergraduate student in Dr. Winsler’s lab. She will be graduating with a B.A. in psychology and a concentration in clinical psychology in Spring 2023. She is in the second semester of the Psychology Honors Program. Christina’s research interests focus on racial/ethnic minorities, gender identity, sexual orientation, and cognition.